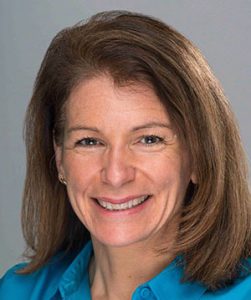 Laura Lindenfeld is director of the Alda Center and professor in the School of Journalism at Stony Brook University. She holds a Ph.D. in cultural studies from the University of California, Davis. As a communication researcher, her work focuses on how we can advance meaningful, productive interactions with communities, stakeholders and decision-makers by strengthening linkages between knowledge and action. Lindenfeld previously directed the Margaret Chase Smith Policy Center of the University of Maine, and has dedicated significant effort to investigating the relationship of food and media and to understanding how we can advance more sustainable food systems. She coauthored the book Feasting Our Eyes: Food Films and Cultural Identity in the United States. 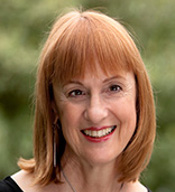 Carol Schindler has been a creative director, writer and speech coach for corporate conferences for the past 25 years. She has worked in every area of the corporate world, including the pharmaceutical, technology, service and financial industries. Schindler is a founding member of Chicago City Limits, an award-winning improvisational group and the longest-running comedy show in New York City. She coauthored the book A Doctor and a Plumber in a Rowboat: The Essential Guide to Improvisation for Performers, Teachers, Writers & Everyone Else. 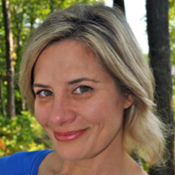 Lydia Franco-Hodges is an associate of the Alda Center, a lecturer in the School of Journalism at Stony Brook University, an actor and a theater maker. She taught acting, movement and performance at the University for many years. Franco-Hodges was a founding member of Mulford Rep Theater Company and a core member of the improv troupe Just Say Yes, and produces projects for the dance theater company the Neo-Political Cowgirls.