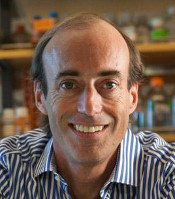 Ron Vale, a 1989 Rita Allen Foundation Scholar, studies the molecular motors that power the movement of membranes and chromosomes inside of cells as well as the role of the cytoskeleton in cell division and cell shape. He was awarded the Albert Lasker Basic Medical Research Award in 2012, as well as the 2017 Shaw Prize in Life Sciences and Medicine. Vale has founded several organizations related to science outreach, including iBiology, a library of free online talks given by leading research scientists. He participates in many outreach activities in the scientific community in India, including starting and organizing an annual microscopy course in Bangalore and a Young Investigator Meeting. Lastly, he developed Microscopy 4 Kids, a website that provides a guide for digital microscopy using an inexpensive microscope. 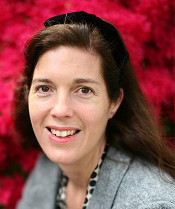 Leslie Vosshall studies how complex behaviors are controlled by cues from the environment and modulated by internal physiological state. Working with Drosophila melanogaster flies, mosquitoes and human subjects, her research has yielded new knowledge about how sensory stimuli are processed and perceived. Her notable contributions to science include the discovery of the insect odorant receptors, and the elucidation of general principles regarding their function, expression, and the connectivity of the sensory neurons that express them to primary processing centers in the brain. She founded the Rockefeller University Smell Study in 2004 with the goal of understanding the mechanisms by which odor stimuli are converted to olfactory percepts. She currently serves as Director of The Rockefeller University’s Kavli Neural Systems Institute. 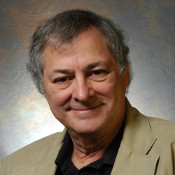 Arnold Levine is a widely acclaimed leader in cancer research. In 1979, Levine and others discovered the p53 tumor suppressor protein, a molecule that inhibits tumor development. He established the Simons Center for Systems Biology at the Institute, which concentrates on research at the interface of molecular biology and the physical sciences: on genetics and genomics, polymorphisms and molecular aspects of evolution, signal transduction pathways and networks, stress responses, and pharmacogenomics in cancer biology. Levine previously chaired the Department of Molecular Biology at Princeton University and was the President and Chief Executive Officer of The Rockefeller University from 1998 to 2002. He served on the Rita Allen Foundation’s Scientific Advisory Committee from 2000 to 2009. 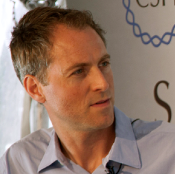 Richard Sever founded bioRχiv (pronounced “bio-archive”) along with his college John Inglis in 2013; it has since become the largest source of preprints of research papers in the life sciences. By posting preprints on bioRχiv, authors are able to make their findings immediately available to the scientific community and receive feedback on draft manuscripts before they are submitted to journals. Sever received a degree in biochemistry from Oxford University and obtained his Ph.D. at the MRC Laboratory of Molecular Biology in Cambridge, U.K. He then moved into editorial work, serving as an editor at Current Opinion in Cell Biology and later Trends in Biochemical Sciences. He subsequently served as Executive Editor of the Journal of Cell Science before moving to Cold Spring Harbor Laboratory in 2008.