The Rita Allen Foundation has named Helen Lai of The University of Texas Southwestern Medical Center and Candice Paulsen of Yale University as 2018 Award in Pain Scholars, recognizing emerging leaders in basic pain research whose work holds high potential for uncovering new pathways to improve the treatment of chronic pain. The Scholars, nominated by the American Pain Society, will receive grants of $50,000 annually for a period of up to three years to pursue innovative research on mechanisms that initiate and propagate pain in the nervous system. 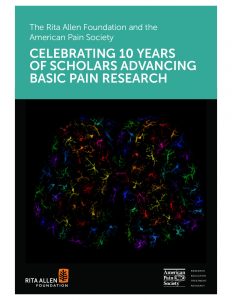 Click the image to download the booklet celebrating the 10th year of the Rita Allen Foundation Award in Pain, produced in conjunction with a reception held at the American Pain Society’s Scientific Summit on March 5, 2018. (Updated March 2021)

In 2018 the Rita Allen Foundation and the American Pain Society are celebrating the 10th year of a collaboration that has provided critical support to 20 early-career scientists seeking to understand and alleviate pain. Started as a pilot program in 2009, the award represents a distinctive private funding opportunity for rising investigators to conduct research specifically focused on pain. Scholars have gone on to make valuable contributions to the field and have received further funding and recognition, including awards from the International Association for the Study of Pain, the New York Stem Cell Foundation, the U.S. National Institutes of Health and the Canadian Institutes of Health Research.

“Together with the American Pain Society, we have pioneered a program to identify and invest in the most promising researchers exploring the biology of pain,” said Elizabeth Good Christopherson, President and Chief Executive Officer of the Rita Allen Foundation. “Our Scholars’ discoveries are paving the way for safer, more targeted approaches to treating pain caused by injuries, arthritis and other common medical conditions. As our society faces widespread experiences of pain and an epidemic of drug overdose deaths, supporting this work is a vital priority.”

A new video provides additional background and perspectives on the Award in Pain and the field of pain research. It features the work, views and voices of current and former Rita Allen Foundation Scholars, including the Foundation’s Medical Adviser, Kathleen Foley (Memorial Sloan Kettering Cancer Center), as well as Award in Pain review committee chair Charles Inturrisi (Weill Cornell Medicine).

The Award in Pain program is part of the Rita Allen Foundation Scholars program, which has awarded millions of dollars in grants since 1976 to early-career biomedical scholars studying cancer, immunology and neuroscience.

Meet the 2018 Award in Pain Scholars 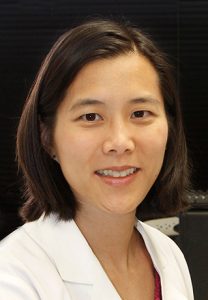 Project: How can the condition of painlessness reveal new pathways for treating pain?

Helen Lai’s fascination with chemistry began in elementary school, when she recalls choosing Marie Curie as a book report subject. After studying chemistry at Cornell University, Lai worked in research development at a biotechnology firm, “trying to take what basic researchers were doing and applying it to assay development and manufacturing of a product,” she says. The experience helped her realize that she was more attracted to fundamental, inquiry-based science, and she decided to pursue a Ph.D.

During her doctoral research in Lily Jan’s lab at the University of California, San Francisco, Lai examined the structural features of channel proteins that open and close to control the flow of potassium ions into and out of cells—a critical activity that allows neurons to conduct electrical signals. She then moved to UT Southwestern for a postdoctoral fellowship in Jane Johnson’s lab, where she continued on as a Sara and Frank McKnight Fellow. There, Lai studied how gene expression changes shape the development of specific neuronal subtypes in the spinal cord and the brain’s cerebellum. Her work focused on neurons that contribute to proprioception, or the ability of animals to sense the positions of their own body parts.

Since establishing her own lab at UT Southwestern in 2015, Lai has continued to explore the development, connectivity and plasticity of neural circuits that function in proprioception, as well as the sensing of touch and pain. With support from the Rita Allen Foundation, Lai and her research group will investigate mechanisms that underlie a type of congenital insensitivity to pain (CIP), a rare but extremely dangerous condition that causes injuries to go unnoticed. One of the genetic mutations found in patients with CIP affects the functioning of PRDM12, a regulator that represses gene expression by chemically modifying the histone proteins that associate with DNA. To determine how PRDM12 regulates the activity of genes involved in sensing pain, Lai plans to create a mouse model of the disease. “We can use this model to find the molecular mechanisms that are causing the painlessness,” she says. “Are there developmental defects? What’s going on in the actual cells that’s causing painlessness?” She hopes the findings will guide strategies to help patients with CIP, as well as point to new targets for treating pain. “The idea is to be able to open up a whole new area of pain research in the sensory neurons,” she adds. 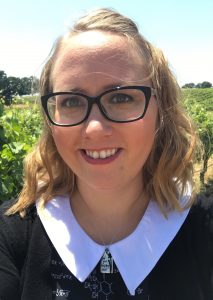 Project: Can fine-tuning a receptor for noxious chemicals help to alleviate chronic pain?

Candice Paulsen grew up in a family of arts and humanities enthusiasts, but thanks her mother for pointing out that “it wasn’t weird” for her to love math and science—her first science role models were two of her uncles, a geologist and a geophysicist. In her second year at Purdue University she discovered a passion for organic chemistry, and landed a research position in a drug discovery lab that used chemical approaches to address biological problems. Through this work, she says, “I learned that not only was I good at science in the classroom, but I really enjoyed applying science principles and being able to ask questions with them.”

Interdisciplinary doctoral programs in chemical biology were relatively new at the time, and Paulsen was excited to join the second class of chemical biology students at the University of Michigan. In Kate Carroll’s lab, she developed a new method to study sulfenylation, a chemical modification of proteins that can influence signaling activities and is challenging to track within cells. Paulsen then went to the University of California, San Francisco, for a postdoctoral fellowship with David Julius. She was intrigued by his lab’s studies on the pain-producing components of venoms from snakes and other exotic animals, and thought she would work with these toxins and become an “electrophysiology guru.” Instead, after interviewing with Julius, Paulsen chose to delve into the structural imaging of proteins, using cryo-electron microscopy to determine the structure of the “wasabi receptor,” also known as TRPA1. An ion channel embedded in cell membranes, TRPA1 initiates pain signaling in the nervous system. In addition to wasabi, horseradish and mustard, it can also be activated by fuel exhaust, and by the body’s internal signals in cases of injury and inflammation—including chronic conditions such as arthritis and asthma.

Paulsen recently started her independent lab at Yale, where she plans to tackle a number of questions raised by her initial studies on the structure of TRPA1. Funding from the Rita Allen Foundation will allow Paulsen and her team to conduct more detailed studies on the activation of TRPA1 and its interactions with other molecules and proteins, including factors that affect the initiation of pain and inflammatory signals. Ultimately, she hopes this work will inform new strategies for treating chronic pain, such as targeted approaches that alter the activity of TRPA1.