Several Rita Allen Foundation Scholars have explored the genetic and cellular mechanisms that enable living things to adapt and survive in the face of an ever-changing environment. With support from the Foundation, these pioneering researchers have developed new ways to study the complex dynamics of DNA, track the activity of neurons, and dampen pain signals in the spinal cord. To celebrate their achievements, we share these summaries as their multiyear awards conclude. 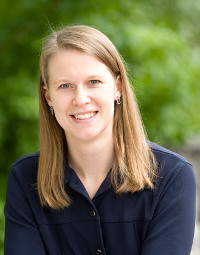 Project: How do bacterial cells take up DNA from their environment?

The natural ability of bacteria to take up foreign DNA is fundamental to molecular biology research, and may contribute to genetic diversity and the spread of antibiotic resistance. A 2011 Rita Allen Foundation Scholar, Briana Burton seeks to understand how a suite of specialized proteins function to transport DNA across bacterial cell membranes, which normally form a barrier to the movement of such large, charged molecules. Burton and her team use Bacillus subtilis, a common soil bacterium, as a model system to dissect the protein components of the DNA uptake machinery. They have determined the structure of ComFB, a protein that may allow cells to sense when conditions are optimal to import DNA. Studies on another protein, ComFA, have yielded insights into how the protein enhances the efficiency of DNA uptake and how it interacts with other proteins and DNA molecules to achieve DNA uptake and incorporation. Other projects in Burton’s lab address how bacterial chromosomes are transported during cell division, and how bacteria export proteins via the ESX secretion system, which is critical for immune evasion in the pathogen Mycobacterium tuberculosis. Burton became an assistant professor at the University of Wisconsin-Madison in 2015; she was previously a faculty member at Harvard University, where she received the Fannie Cox Prize for Excellence in Science Teaching. From 2015 to 2017 she served as a Distinguished Lecturer of the American Society for Microbiology. 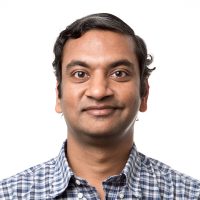 Project: How does an animal’s nervous system orchestrate responses to its environment?

In the tiny roundworm Caenorhabditis elegans, interactions among the animal’s 302 neurons result in strikingly complex behaviors, from seeking food and mates to avoiding predators. Sreekanth Chalasani’s research takes advantage of the relatively simple nervous system of C. elegans to examine the cellular and molecular mechanisms that allow animals to change behaviors in response to environmental signals. Since becoming a Rita Allen Foundation Scholar in 2012, Chalasani has characterized the neural circuit that allows C. elegans worms to remember the size of a food patch and use this information to search for food in a new environment. Notably, unrestricted funding from the Rita Allen Foundation also enabled Chalasani and his team to pursue a new direction in their research: the development of sonogenetics, a technology for manipulating the activity of neurons using low-frequency ultrasound. His lab pioneered the sonogenetics technique in C. elegans. The method is less invasive than optogenetics, which is widely used in mouse studies and requires surgery to activate neurons with specific wavelengths of light. Chalasani’s group is now collaborating with others to extend sonogenetics to the mouse. Eventually, this approach could be useful for deep brain stimulation in humans, to treat diseases such as Parkinson’s and depression. In 2016 Chalasani received a grant from the National Institutes of Health’s BRAIN Initiative to continue developing sonogenetics. 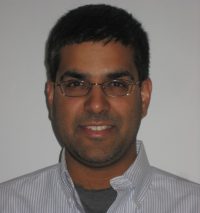 Rahul Kohli, Perelman School of Medicine at the University of Pennsylvania

Project: How do enzymes chemically modify DNA, and what are the biological roles of these modifications?

Beyond the basic four-letter sequence of DNA that makes up each organism’s genome, many types of “epigenetic” modifications help to determine how, when and where genes are expressed. As a 2011 Rita Allen Foundation Scholar, Rahul Kohli has studied the epigenetic modification of cytosine (the “C” of the A, C, G and T bases found in DNA). Cytosine bases with a methyl group attached are associated with gene silencing. The enzymes that attach methyl groups are well understood, but the processes that remove them (“demethylate”) are more mysterious. Kohli and his team have worked to decipher the potential pathways for DNA demethylation in human cells. Their research has contributed to a new model for understanding demethylation, pointing to the importance of a family of proteins known as TET enzymes, and addressed the relevance of AID and APOBEC family enzymes, which can modify cytosines through a related chemical process known as deamination. Recent work by Kohli’s lab has helped to illuminate the biochemical mechanisms of TET enzymes and of AID/APOBEC DNA deaminase enzymes. Two research grants from the National Institutes of Health will allow Kohli’s lab to advance their work on TET enzymes, and to use insights on DNA deaminases to develop a new method for detecting cytosine modifications in small or transient cell populations. 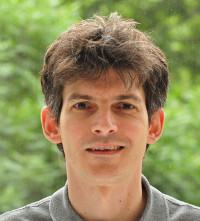 Project: How do bacteria immunize themselves against viral infections?

Bacterial cells can fend off viruses by acquiring molecular memories of infections, storing snippets of viral DNA in their own genomes using a system known as CRISPR-Cas. Due to its ability to target specific DNA sequences, this system has been widely adopted to edit plant and animal genomes in the laboratory, and holds promise for correcting disease-causing mutations in humans. In addition to developing CRISPR as a genome-editing tool, Luciano Marraffini, a 2012 Rita Allen Foundation Scholar, aims to uncover the details of how bacteria generate molecular memories of a virus. Using Streptococcus bacteria as a model system, his laboratory has determined the mechanism by which the Cas9 enzyme selects pieces of viral DNA to store in immunological memory; the same enzyme was previously known to act during the defense response by cleaving the DNA of invading viruses. Subsequently, Marraffini’s team identified a mutation in Cas9 that enhances the ability of cells to acquire viral DNA sequences. More recent work from the Marraffini lab has revealed that the CRISPR-Cas9 system preferentially snips and stores bits of the viral DNA sequences that are first injected into the infected cell. In 2017 Marraffini received a Director’s Pioneer Award from the National Institutes of Health, which will enable his laboratory to pursue further questions about CRISPR-Cas systems, such as how they avoid autoimmunity, and whether they can provide defense during the first infection cycle of a new virus. Last year Marraffini was also awarded the Albany Medical Center Prize in Medicine and Biomedical Research. 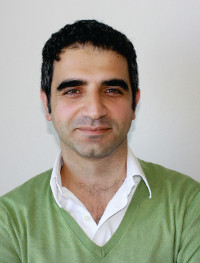 The dorsal horn of the spinal cord contains neurons that relay sensory information to the brain from the skin, bones and joints. After nerve injury, neurons that inhibit sensory signals can show reduced activity, leading a light touch to become painful. As a recipient of a 2013 Rita Allen Foundation Award in Pain, Reza Sharif-Naeini has examined how a set of inhibitory interneurons in the dorsal horn contributes to chronic pain. Results from his laboratory have shown that these neurons, which are marked by expression of the protein parvalbumin, have impaired function and lose their connections with downstream nerve cells in a mouse model of nerve injury. Intriguingly, Sharif and his team were able to dampen pain after nerve injury through an experimental approach that specifically activated parvalbumin neurons in the dorsal horn. His group is now focused on testing clinically relevant methods for reactivating parvalbumin neurons, as well as exploring how the intrinsic properties of these neurons can block pain signals. In addition to the Rita Allen Foundation and the American Pain Society, Sharif’s work is supported by the Canadian Institutes of Health Research and the Louise and Alan Edwards Foundation. 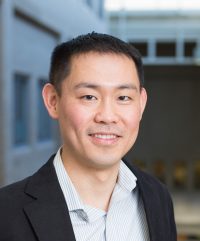 Project: Can targeting immune cells in the nervous system lead to new therapies for pain and opiate withdrawal?

Neurons in the spinal cord are modulated not only by sensory inputs from other parts of the body, but also by microglia, immune cells that reside within the central nervous system. Microglia play a vital role in fighting infections and, as research by Tuan Trang and others continues to reveal, can produce signals that influence neural activity. Trang, a 2014 recipient of the Rita Allen Foundation Award in Pain, has explored the importance of microglia in opiate withdrawal and arthritis pain. Much of his research has focused on a protein called pannexin-1 (Panx1), which forms channels in microglial cell membranes that allow for the passage of large molecules. In an animal model of opiate withdrawal, Trang and his team have shown that Panx1 allows microglia to release molecules that trigger withdrawal symptoms through the activity of spinal cord neurons. Molecules that block the Panx1 channel alleviated withdrawal in their experiments. Trang is now collaborating on a pilot clinical study to test this therapeutic approach in patients undergoing opioid tapering. In addition, Trang’s lab has found that targeting Panx1 can reduce joint pain in a model of arthritis; these results are also the impetus for an upcoming clinical trial. In 2017 Trang received young investigator awards from the Canadian Association for Neuroscience and the Canadian Society for Pharmacology and Therapeutics. His research has also garnered support from the Canadian Institutes for Health Research and the Canada Foundation for Innovation.