The Rita Allen Foundation has named its 2020 class of Rita Allen Foundation Scholars, celebrating five early-career leaders in the biomedical sciences whose research holds exceptional promise for revealing new pathways to advance human health. The selected Scholars will receive grants of up to $110,000 annually for a maximum of five years to conduct innovative research on critical topics in cancer, immunology, and neuroscience—including how circular RNAs could function as a novel strategy for immunotherapy, the mechanisms behind cellular heterogeneity that can cause cancer treatments to fail, and adapting machine learning to explore host–virus interactions.

“As is made especially clear with the challenges of this pandemic, innovation and research are drivers of hope for the future,” said Elizabeth Good Christopherson, President and Chief Executive Officer of the Rita Allen Foundation. “We welcome this remarkable group of scientists, anticipating that their bold approaches to research will extend the frontiers of biomedical science and open new possibilities for transformative knowledge and treatments.”

Since 1976, the Rita Allen Foundation has invested in more than 185 biomedical scientists at the early stages of their careers, enabling them to pursue research directions with above-average risk and promise. Scholars have gone on to make fundamental contributions to their fields of study, and they have won recognition including the Nobel Prize in Physiology or Medicine, the National Medal of Science, the Wolf Prize in Medicine, the Lasker-Koshland Award for Special Achievement in Medical Science, and the Breakthrough Prize in Life Sciences.

The 2020 Scholars were nominated by research institutions in the United States and selected by the Rita Allen Foundation’s Scientific Advisory Committee of leading scientists and clinicians.

The 2020 Rita Allen Foundation Award in Pain Scholars will be announced in the coming weeks.

The members of the 2020 class of Rita Allen Foundation Scholars are: 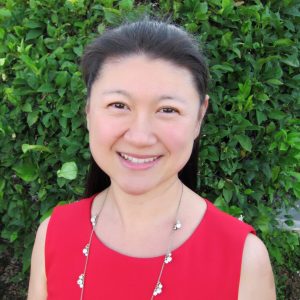 An essential function of the immune system is to distinguish between its own and foreign molecules in order to destroy pathogens while preventing destruction of healthy cells. The Chen lab investigates how the immune system correctly identifies pathogens when the same signals are found in both host cells and pathogens. Circular RNAs (circRNAs)—single-stranded RNAs where the ends are joined together—are encoded by eukaryotes and viruses. We study the essential features of viral and host circRNAs that are required in the regulation and recognition of self- versus non-self, the proteins involved in this process, and the ensuing cellular signaling. We strive to apply our understanding to engineer circRNAs as a novel strategy for immunotherapy that exploits the uniquely promising characteristics of circRNAs.

The study of circRNA function and regulation is a nascent field, with many unanswered questions. In particular, the roles of circRNA in immune response and signaling have yet to be fully elucidated. Support from the Rita Allen Foundation will accelerate our efforts in this new line of research to advance our basic science understanding and test novel therapeutic concepts.

I was born in a small city in southeastern China, where farmland surrounded the whole area. I then moved to Davis, California, a predominantly agricultural university town. Growing up, I was immersed in environments where people interface directly with the land and crops on a daily basis. I watched people from different backgrounds work together to solve problems. I learned that generational knowledge, new insights, and novel engineering discoveries are all instrumental to improving the next season’s harvest. My experiences inspired me to ask and answer the big “why” questions in science collaboratively, with the hopes that addressing them will improve the quality of human lives around the world. 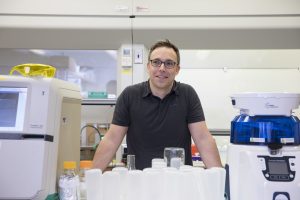 Mycobacterium tuberculosis is the leading cause of death due to infectious disease and it infects one-quarter of the world’s population. By investigating the mechanisms that enable this bacterium to cause tuberculosis and evade current antibiotics, the Rock lab aims to lay the foundation for new therapeutic strategies to improve control of this epidemic.

Funding from the Rita Allen Foundation will allow my lab to expand the scope of our work to the host-pathogen interface. This proposal represents a strategic shift for my lab, one that I believe will enable us to open new research horizons and has the potential to ultimately improve therapy for a terrible disease.

What is your favorite science-related book?

The Eighth Day of Creation, by Horace Freeland Judson 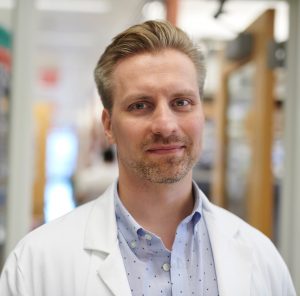 Cancer cells within tumors assume distinct identities, forming diverse cellular societies. Despite this diversity, the current paradigm is to treat tumors with homogeneous cancer therapy regimens. This thinking persists despite strong evidence from preclinical models and human patients that tumors are heterogeneous and, therefore, cellular identities capable of withstanding and adapting to therapies invariably exist. We seek to understand how cancer cells acquire the ability to transition between these identities and promote intra-tumoral heterogeneity. To do this, we will use a series of innovative approaches and models of human cancer. Our hope is that these efforts will lead to conceptually new types of cancer therapies to prevent cancer cells from transitioning to treatment-resistant states.

The Rita Allen Foundation will provide long-term support for my laboratory’s efforts to tackle a big question in cancer biology—how do cancer cells assume different identities? This support gives us the freedom to develop and use the best possible approaches for addressing this question. The ultimate goal of this study is to gain therapeutic control of cancer cell state transitions, which holds tremendous potential in eradicating treatment-resistant cancer cells and eventually providing significantly better outcomes for cancer patients.

First of all, I think science is more than a career—it’s a way of life. Throughout my life, I was fortunate to have been inspired by multiple mentors and role models. My first inspiration for choosing a life as a scientist are my parents, who are both physician-scientists. From a young age, I saw how passionate they were about what they were doing, and I became interested in the specifics of their work. This led me to pursue an M.D./Ph.D., which eventually brought me to my Ph.D. mentor Kari Alitalo and my postdoctoral mentor Tyler Jacks—both of whom have had a major impact on who I am as a scientist.

What is your favorite science-related book?

Guns, Germs, and Steel: The Fates of Human Societies by Jared Diamond, which I read in high school when I was 18 years old. This book taught me a lot about the power of reductive reasoning—and about thinking outside the box. By simply asking his readers to observe the map of the Earth, Diamond was able to develop a strong rationale for how geography and climate boundaries profoundly impacted the fate of human civilizations. The book is also a stellar example of how to effectively communicate results of scientific research to a broad audience. 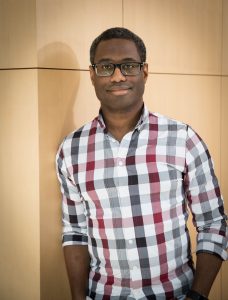 Viruses are in constant conversation with the cells they infect, and the information exchanged can be used by the host or the virus to guide their respective behaviors. For example, viruses may decide to become dormant after infection, while host cells may choose to activate an immune response. My lab listens in on this conversation to understand how viruses and their hosts represent information about their internal state and their environment, and how this information is accessed to make decisions. To do so, we combine ideas from cell biology and physics with recent advances in imaging, machine learning, and genomics to make novel measurements of host-virus interactions. Active projects include imaging the interaction between host immune and metabolic signaling networks during infection, measuring host-virus interactions in a model system of viral latency, and developing novel deep-learning approaches to single-cell analysis of biological imaging data.

Support from the Rita Allen Foundation will give us the freedom to pursue unconventional and exciting lines of research. One area I’m particularly excited about is the intersection between machine learning and experimental design. Can we use machine learning to design better experiments? I believe the answer is yes. With support from the Rita Allen Foundation, we will develop scalable methods to perturb living systems and image their responses, which will greatly increase the pace at which we can perform experiments.

How did you enter this career path?

To be honest, I was kind of born into it. My mother and father were both Caltech and MIT alumni, respectively. The apple didn’t fall that far from the tree.

What is your favorite science related book?

My favorite science related book is A Genetic Switch by Mark Ptashne. I read it as a graduate student, and it had a big impact on how I think about science. Other favorites include Genes and Signals also by Mark Ptashne and Alexander Gann, Spillover: Animal Infections and the Next Human Pandemic by David Quammen, and The Art of Problem Solving by Richard Rusczyk and Sandor Lehoczky. 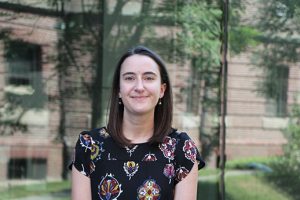 B.S., The University of Oklahoma

Our DNA represents the full library of genetic information each of us inherits from our parents. We inherit two copies of each gene—one from our mother and one from our father. Typically, the two copies are treated equally in the cell. However, my lab studies a unique class of “imprinted genes,” in which only one parental copy is active (“expressed”) while the other is inactive (“silenced”). Many imprinted genes are expressed in the brain and are associated with diverse neurological disorders. Yet, the reasons for imprinted expression and the effects of imprinted gene activity in the brain remain largely unknown. We use molecular and bio-computational approaches to understand: (1) why genes evolved imprinted expression in the brain, (2) how imprinted genes function in neurons, and (3) how dysregulation of imprinted genes contributes to neurological diseases.

After my Ph.D. training, I diverted from the traditional academic career path and pursued a research opportunity at a pharmaceutical company. There I leveraged basic research findings to develop a therapy for an imprinted disorder, Angelman syndrome, which is now entering the clinic. During my time in industry, I experienced first-hand the true value of basic, academic research and its potential to transform human health. I also began to recognize that one must first learn how the brain works in order to recognize the ways in which it can break and how to repair it. This experience ultimately propelled me back to the university setting and profoundly shaped the research directions of my lab.