David Tuveson was born a naturalist. Growing up in Michigan, he says, “I was always outside—looking under a rock, going out on the water to observe and catch things and let them go…I’ve loved science ever since I was conscious.” 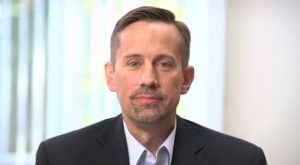 As an undergraduate at the Massachusetts Institute of Technology, Tuveson explored a range of disciplines, and was impressed by the rigorous quantitative approaches involved in scientific research. “I learned that one of my major weaknesses was chemistry,” he says. “So I decided to study it, and I loved it.” He was interested in treating disease in patients, but also wanted to contribute to research aimed at improving medicine. His professors encouraged him to pursue an M.D.-Ph.D., and he was accepted into the program at Johns Hopkins University.

Along with his medical training, Tuveson conducted preclinical research with immunologist Douglas Fearon (now at Cold Spring Harbor Laboratory and also a member of the Rita Allen Foundation’s Scientific Advisory Committee). He examined the structures and activities of cell surface receptors that trigger the immune system’s B cells to generate antibodies and enhance defenses against pathogens.

As a medical student in Baltimore, Tuveson saw patients suffering and dying of AIDS as HIV stripped away their immune systems. He resolved to apply his training to investigate treatments for the disease. But by the mid-1990s, when Tuveson was a medical resident at Brigham and Women’s Hospital in Boston, the advent of triple therapy was beginning to transform AIDS from an early death sentence into a chronic condition.

Tuveson turned his attention to another devastating, untreatable disease. “I decided to study a cancer nobody was interested in, which was pancreatic cancer,” he says. “The patients died quickly and miserably. There was no scientific understanding of it.” Today, pancreatic cancer is the fourth leading cause of cancer deaths in the United States; only 6 percent of patients survive more than five years beyond their diagnosis.

During his hematology and oncology fellowship at Dana-Farber/Partners CancerCare, Tuveson conducted postdoctoral research with MIT cancer biologist Tyler Jacks. He concentrated on developing improved models for studying human cancers in mice, with particular attention to the role of a gene called KRAS, which encodes a signaling protein that regulates growth and metabolism, and is mutated in many human tumors.

Tuveson, Jacks and their colleagues developed a model for studying the most common type of lung cancer, adenocarcinoma, in mice, through controlled activation of a mutant form of KRAS in the lungs. Early experiments using this model revealed a previously unknown cell type as a potential culprit in tumor growth. Tuveson then began working to adapt this technique to model pancreatic cancer in mice.

In 2002 Tuveson became an assistant professor at the University of Pennsylvania, where he and his lab completed the development of the mouse model for studying pancreatic cancer. After becoming a Rita Allen Foundation Scholar in 2004, Tuveson continued to investigate the underpinnings of pancreatic cancer and the cellular havoc caused by mutations in KRAS and other oncogenes, with the goal of devising therapies to counteract the aberrant signaling pathways that drive the progression of cancer.

“[The award] was very helpful in allowing me to work on several areas which were risky…it allowed me to venture into areas of therapeutic development that have led to the really exciting projects that we have going on right now in my lab.”

Over the past decade, Tuveson’s group (at the Cancer Research UK Cambridge Research Institute from 2006 to 2012, and then moving to Cold Spring Harbor Laboratory in 2012) has further developed techniques for understanding pancreatic cancer, revealing layers of immune cells and fibroblasts that shield tumor cells from chemotherapy, as well as testing new combinations of therapies to help overcome refractory tumors. Recently, Tuveson and his team built a new tool that could transform approaches to both research and treatment: an “organoid” model of pancreatic cancer—a cell culture method that closely reproduces the three-dimensional architecture and tumor progression that occur within the human body.

Here, Tuveson describes the power of the organoid system, the unique challenges posed by pancreatic cancer, and emerging efforts to improve outcomes for the disease.

Pancreatic cancer remains one of the most difficult cancers to diagnose and treat. What was the state of the field when you entered it, and how were you able to make progress?

When I entered the field in the late ’90s, there was nobody to talk to. The National Cancer Institute was not funding very many R01s [Research Project Grants] focused on pancreatic cancer because nobody was submitting applications. One of the main problems was that there was no model system for the disease, and patients would get sick and die so quickly that you couldn’t really learn about the disease from patients.

I was in the right place at the right time, in that we really needed a model system for the disease, and Tyler Jacks was willing to support me in developing it, and that paid off. But there was no way of knowing that that was an intelligent idea. In the hospital I had mentors who asked me if I wanted to become a mouse doctor—they questioned how I was spending my time.

I’ve learned the hard way that you have to stick to your ideas and be very persistent—but also very patient. Most major breakthroughs don’t happen because somebody has some thought, does a quick experiment and has a eureka moment. It always requires struggling and trying many different approaches.

Where is pancreatic cancer research headed in the next decade?

In pancreatic cancer we need a marriage between much better diagnostics, so we can follow patients while we treat them, and much better therapies, so that we have a pretty good shot at killing cancer cells. I think both of these areas are going to see some real advances over the next five to 10 years.

Cancer diagnostics come in several flavors—our current methods include pathology, like pap smears, colonoscopy and mammography; and blood tests, which we have for choriocarcinoma [embryonic cancer occurring during pregnancy] where you can pick up the same biomarker that you would use for pregnancy. We need better tissue- or blood-based diagnostics so we can identify patients when they’re still healthy, and so we can monitor patients very carefully as we treat them.

We also need effective therapies that work to extinguish the cancer cells. I don’t think that’s a pipe dream. They will probably be combinations of therapies, as is the case for many viral or bacterial diseases.

How will the organoid system developed by your team help to improve the treatment of pancreatic cancer? 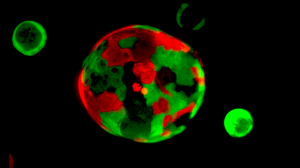 The organoid system allows you to grow both normal and cancerous human pancreas tissues indefinitely in three-dimensional culture. This method allows you to unambiguously determine the molecular changes in the cancer compared to the normal cells. You can sequence the DNA or proteins. You can look at metabolism and the immune system.

Organoids also offer a very attractive strategy for personalized medicine because they’re alive, so you can determine which genes are mutated and which biochemical pathways are activated. Then you can test whether those changes matter for the growth and survival of cancer cells, because you have the perfect companion—the normal tissue from that patient. So you can ask why a certain drug kills cancer cells in a patient but doesn’t harm the patient’s normal cells. That’s the step that’s been missing in drug development.

Organoid production should become part of how we take care of cancer patients. So when you meet a patient with a new diagnosis, you grow the tissue and send it for testing. Then you have it ready, so that if the disease comes back after standard therapy, you make another organoid, and then you can compare the two to figure out why the disease came back. Organoids will allow us to more effectively follow and choose therapies for patients as we attempt to exterminate the cancer from their bodies.