Early on in his medical training, Douglas Fearon relished the “scientific problem solving” required to find effective treatments for patients. But as he progressed through his medical degree, internship and residency at Johns Hopkins University, Fearon also grew frustrated by the inability to truly cure diseases. 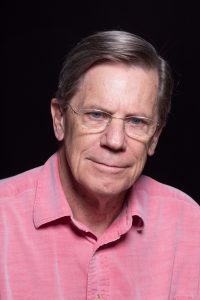 “We were controlling the physiology of the disease, but we weren’t reversing the basic process of the disease,” he says. “I really wanted to cure people, and I started to get interested in research, with the faith that if we understood more about disease, we could then come up with cures.”

He decided to focus on understanding autoimmune disease, “because it was fascinating in kind of a literary sense: the body’s immune system attacking the body,” says Fearon, whose undergraduate English literature major at Williams College still provides a frame of reference.“It’s paradoxical that a host system that we need to protect ourselves against microbial infection somehow makes a mistake and starts destroying cell tissue.”

On the advice of Mary Betty Stevens, one of his mentors at Johns Hopkins, Fearon pursued a clinical research fellowship with immunologist Frank Austen at Harvard Medical School. Fearon characterized some of the key molecules and regulatory steps involved in the “complement” innate immune system, a collection of more than 30 different proteins that complements the pathogen-fighting powers of antibodies, macrophages and other immune components.

Fearon later returned to Johns Hopkins as a professor of medicine, and in 1993 joined the faculty of the University of Cambridge in the U.K. His research group explored the biology of B and T cells, the white blood cells of the adaptive immune system that produce antibodies and kill off pathogens. Notably, Fearon and his colleagues discovered that C3, a central complement protein that binds to foreign molecules on invading microbes, helps B cells recognize pathogens, connecting the innate and adaptive immune systems.

Fearon has also investigated the ties between cancer and the immune system. In recent years he has collaborated with 2004 Rita Allen Foundation Scholar David Tuveson, who trained in Fearon’s laboratory as an M.D.-Ph.D. student. A research team led by Fearon and Tuveson used mouse models of lung and pancreatic cancer to show that small populations of cells in the connective tissues of tumors produce a protein that protects cancer cells from attack by the immune system.

Further work revealed that this effect is mediated by CXCL12, a protein that coats cancer cells and prevents the intrusion of T cells into tumors. However, a drug that specifically inhibits the CXCL12 receptor on T cells can reverse the effect, allowing T cells to dismantle tumors. The drug, known as plerixafor, is now in phase 1 clinical trials for pancreatic cancer at both the Cancer Research UK Cambridge Research Institute and Weill Cornell Medical Center.

“What I’m doing now is more exciting to me than anything I’ve ever done. I always felt that I was preparing myself to finally attack a really important, big problem.”

Fearon joined the Rita Allen Foundation’s Scientific Advisory Committee in 2002, and has held a joint appointment at Cold Spring Harbor Laboratory and at Weill Cornell Medical College since 2014. Here, he reflects on his decision to devote his career to research, the complications of translating laboratory results into clinical therapies, and the similarities between sports and science.

What made you decide to focus more on research than on clinical work?

I thought the reason was that they simply didn’t have enough time to explore new ideas, which actually takes a lot of time. Often you don’t know what’s relevant to your research, so you need to learn a lot more than what you actually end up using. And the medical profession demands that you do so many things, that you don’t have time to spend thinking about new ideas. I was at Hopkins in the mid-’80s when I realized this. I was a professor of medicine and head of rheumatology, and I was running a graduate program in immunology. I got very worried, because I wanted to go into research to make a discovery, not to be a prominent academic physician.

So I decided to move to Cambridge, where I would have an opportunity to focus on thinking about my research. I also had a sense, which became stronger over the years, that at an institution like the University of Cambridge, you are encouraged to think about long-term problems. You don’t have to say every day that you did something great. Now that I spend half of my time at Cold Spring Harbor, it’s a little bit like Cambridge—a quiet environment. Weill Cornell [Medical College] is also a great institution, but being a medical school and clinical center, it is more hectic and active. But the advantage there is that I can establish clinical connections, which I must do at this point in my research.

What are some of the challenges you’re facing as you work to apply the results of your laboratory research to a clinical trial?

The clinical trial we’re doing is testing a very fundamental idea we developed by studying mouse pancreatic cancer. In the mouse system we can more or less control all the variables and get a clean readout of whether or not we’re hitting our therapeutic target. Now, there are enough examples of studies in mice that do not translate into humans. The biology somehow differs, but the other thing that happens is that you can’t control variables as well when you start to do the experiment with humans. I have an intense fear of us not doing the study properly and getting a false negative. If we get a false negative, I know the pharmaceutical industry will walk away from our work, and the concept will not advance to human therapy.

We’re only treating these patients for one week, and there’s not going to be an effect on cancer growth, or I don’t expect it. So we’re developing assays that can tell us that we turn on the immune reaction in the tumor. There’s no standard way to show you turned on the immune reaction in a tumor, other than showing that the tumor gets smaller—in trials where patients continue using the drug for weeks. The company that’s providing us with the drug is only allowing us to treat the patients for one week. In a mouse, I know we can show an effect in one week. I just don’t know that yet in humans.

What did you learn from your experiences with college football? Do you see any parallels between playing sports and doing research?

I had always enjoyed sports, and enjoyed it very much at Williams. My junior year we went six [wins] and two [losses]. We were very intense about our commitment to football, and we were expecting to have a very, very good season our senior year. But senior year, we went two and six.

The resiliency that football taught us was that if you lost a game, you had next week to redeem yourself. I think that’s been good for my research: If the experiment doesn’t work, keep on thinking, and keep on working. What I’m doing now is more exciting to me than anything I’ve ever done. I always felt that I was preparing myself to finally attack a really important, big problem. It’s just like football: When you’re young, you play on a freshman team, and then your next year, you might be second-string, and you’re gradually getting better until you get to be first-string.