Laura Johnston worked as a chemist at an oil refinery, a city council staffer, and a landscape and portrait artist before shifting her focus to biomedical research.

Now, she seeks to understand how cells push and prod one another as an organism grows and develops. She has spent the past two decades exploring the intricate circuits that lead formless masses of fruit fly (Drosophila) cells to become eyes, legs and wings. In the process, Johnston has uncovered a key pathway involved in cell competition, a critical activity for the formation of healthy adult tissues. 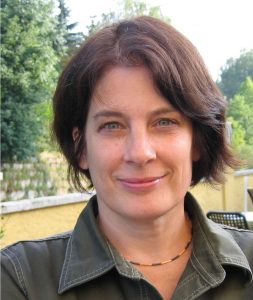 She has spent the better part of her scientific career teasing apart the functions of Myc, a powerful genetic regulator that is mutated in many human cancers. In Drosophila, alterations of the myc gene delay development and diminish the size of the adult fly.

They found that cells with more Myc protein grew faster and larger than cells with less Myc. And at early stages of development, direct competition between myc mutant cells and wild-type cells could cause the mutant cells to be eliminated completely. Johnston and her coauthors hypothesized that the growth differences they observed might result from disparities in protein synthesis.

After establishing her own research group at Columbia University Medical Center in 2000, Johnston went on to show that Myc-mediated cell competition was required for the fruit fly wing to reach its proper size in the adult and to promote bilateral symmetry. After Johnston was named a Rita Allen Foundation Scholar in 2004, another insight into the nature of this intercellular battle emerged from analyzing the interactions between cultured Drosophila cells with different levels of Myc. Johnston and a postdoc in her lab found that higher-Myc “winner” cells did not need to directly contact lower-Myc “losers” to induce the death of the weaker cells. 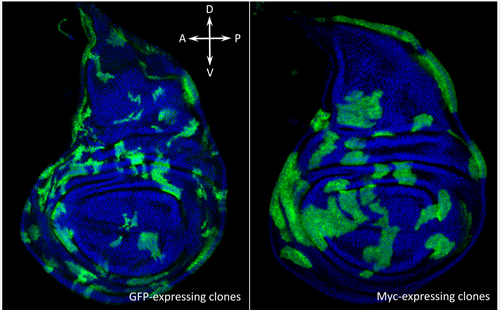 The experiments suggested that both winner and loser cells were releasing molecular signals to affect one another’s growth. While these discoveries pointed to Myc as a key modulator of cell competition during development, the precise mechanisms mediating the conflict remained elusive.

“Whenever cells have to live together as a group, they have to become, essentially, social communities—to interact, cooperate and function together. Our hypothesis is that cell competition ensures this kind of cooperative behavior by recognizing and eliminating rogue cells before they do damage.”

However, recently Johnston’s lab identified a secreted cytokine that is required for the death of the “loser” cells. Strikingly, their results suggest that cell competition relies on some of the same molecules that allow animals to respond to invading bacteria and fungi. In 2014, her team published a study of cell competition in wing discs from flies with mutations in various components of two innate immune pathways, Toll and IMD. Some of these mutations, they found, compromised the ability of weaker loser cells to induce their own death in response to neighboring cells with higher Myc levels. Johnston and her group are now following this lead as they continue to examine the underlying mechanisms of cell competition.

Here, Johnston reflects on the implications of cell competition for disease and evolution, her unusual career path, and the parallels between art and science.

Why is cell competition important for human health?

Information about fitness is transmitted between cells all the time, and we didn’t realize that before. But it’s becoming more and more clear that this is taken advantage of in diseases like cancer, where tumor cells can sort of cheat and pretend they’re more fit, and trick the tissue into thinking that they shouldn’t be gotten rid of, while normal cells that are relatively less fit than the cancer cells end up being kicked out.

We’re trying to understand how this happens. Very recently we discovered that some of the same molecules that are used to sense bacterial and viral pathogens in our bodies—innate immune signaling components—are also used to distinguish cells within our growing tissues that are either less fit or more fit.

Now we’re very excited about trying to understand, first of all, the various molecules that are involved, and how these molecules interact with each other. And then also, why does this happen?

What’s your current thinking on why cell competition evolved?

We hypothesize that this is a mechanism that optimizes tissue health, and makes sure that cells that are not very functional don’t contribute to the adult. We think this mechanism may have evolved from the onset of multicellular animals.

Whenever cells have to live together as a group, they have to become, essentially, social communities—to interact, cooperate and function together. Our hypothesis is that cell competition ensures this kind of cooperative behavior by recognizing and eliminating rogue cells before they do damage.

How did you arrive at a career in science again after your stints in politics and art?

I’ve always been interested in nature and in biology, and I’ve also always been fascinated with art—I’ve always drawn and painted. Those kinds of things went hand in hand for me for a long time.

When I went to college, I studied biology, and I loved it. But then I got involved in local politics and took a job doing that for a while. I ended up getting married and having a son, and at that point I dedicated myself to learning how to paint.

But eventually I decided I wanted to go back to school. First I got a job as a technician. I already had a lot of lab experience, and I just felt very, very comfortable in a lab.

Do you miss painting?

I did have to put painting aside when I went back to graduate school. But I realized that doing experiments and thinking about biology is so much like doing art. You have ideas in your head, and you have to somehow translate those ideas into something more concrete. As an artist, you draw and paint on a canvas or a piece of paper. But you’re always sort of nudging it and changing it.

It’s the same when you’re doing experiments. You start with an idea, you try to develop that idea, and you do experiments to test various aspects of the idea. Sometimes they don’t work out the way you think. So you rethink, and you change a little bit. It’s so much like making a piece of art. Science has been very satisfying for me in that respect, even though I can’t do art in the traditional sense.