Several Rita Allen Scholars have forged new approaches to studying parasite neurobiology, neural plasticity, spinal cord cells and persistent pain with support from the Foundation. To celebrate their achievements, we share these summaries as their multiyear awards conclude. 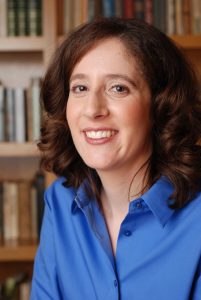 Project: How do parasitic worms use sensory cues to find and infect hosts?

Tiny roundworms, also known as nematodes, infect the intestines of about 1 billion people worldwide—mainly in tropical regions, where they are spread through contaminated water and soil. Elissa Hallem bridges the fields of parasitology and neurobiology to investigate how parasitic nematodes locate hosts to infect, with the goal of guiding new strategies to prevent infections. Since becoming a Rita Allen Foundation Scholar in 2011, Hallem has surveyed the responses of a diverse array of parasitic nematodes to host-derived chemicals, revealing carbon dioxide (CO2) as a critical host cue for many parasitic nematodes and identifying a large number of human skin and sweat odorants that attract the skin-penetrating human parasite Strongyloides stercoralis. These results prompted Hallem and her team to study the neural basis of CO2 sensing in the nematode species Caenorhabditis elegans, a model organism whose 302 neurons have been mapped in a nearly complete “connectome.” They found that oxygen-sensing neurons also play a role in CO2 avoidance, and demonstrated the flexibility of this response in worms raised at different CO2 levels. Hallem’s group is applying this foundational knowledge to compare sensory circuits in parasitic nematodes with those of free-living animals such as C. elegans. In 2012 Hallem’s innovative research was honored with a MacArthur “Genius Grant.” 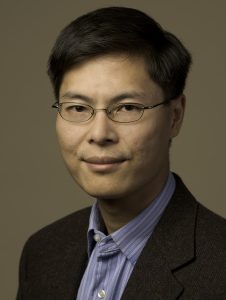 Project: How do newly synthesized proteins enable plasticity in the nervous system?

Learning and memory depend on the changing strength of connections between nerve cells, a phenomenon known as synaptic plasticity. Michael Lin develops and applies new methods to visually examine the molecular basis of synaptic plasticity in living cells. As a 2011 Rita Allen Foundation Scholar, Lin has devised a technique called TimeSTAMP to fluorescently label newly synthesized proteins, and has applied it to study the activities of postsynaptic density protein 95 (PSD95). His research has shown that newly synthesized PSD95 accumulates rapidly at sites where neural connections are altered, serving as an anchor for other proteins vital to proper neural function. This process is disrupted in the genetic disorder Fragile X mental retardation, and Lin’s group is working to uncover the mechanism of this disruption to inform therapeutic interventions. TimeSTAMP is just one of several broadly applicable molecular tools created by Lin and his team; others include an optical reporter of electrical activity in the nervous system and a method for switching proteins on and off using specific wavelengths of light. In 2013 Lin received a Director’s Pioneer Award from the National Institutes of Health to continue developing the latter method. 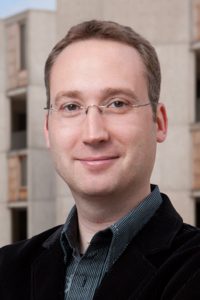 Project: How do glial cells contribute to essential functions in the central nervous system?

Neurons in the brain and spinal cord intermingle with glial cells, including microglia and astrocytes, which carry out critical activities such as sensing damage and regulating blood flow. Axel Nimmerjahn develops and uses novel imaging approaches to explore the roles of glial cells in healthy and diseased animals, pointing to potential new therapeutic targets for stroke, spinal cord injuries and other debilitating conditions. As a 2011 Rita Allen Foundation Scholar, Nimmerjahn has traced changes in the tight junctions between the cells lining the brain’s blood vessels, providing insights into the breakdown of the blood-brain barrier in stroke patients. His team has also identified regulators of microglia that enable these cells to effectively clear dying neurons in inflammatory and non-inflammatory conditions. Their recently published work shows that controlling microglial responses to viral infection can prolong the life of cells carrying virally introduced transgenes—a valuable research and therapeutic tool. In addition, Nimmerjahn and his colleagues developed miniaturized microscopes to visualize spinal cord cells in freely behaving mice, which allowed them to investigate how both neurons and astrocytes function in sensing touch and pain. The National Institutes of Health recognized Nimmerjahn’s creative approaches with a New Innovator Award in 2012 and a EUREKA (Exceptional Unconventional Research Enabling Knowledge Acceleration) grant in 2013. 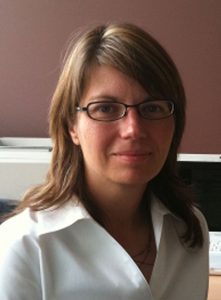 Project: How can injury cause touch to become painful?

Nerve damage is a widespread problem stemming from a range of conditions, including diabetes and arthritis, and can lead to persistent pain evoked by even light touch or movement. As a recipient of a 2013 Rita Allen Foundation Award in Pain, Rebecca Seal has focused on elucidating neural circuits in the spinal cord that underlie this persistent pain, known as mechanical allodynia. Seal and her colleagues previously found that a transporter for the neurotransmitter glutamate, VGLUT3, is required for touch-evoked pain in mice. Seal’s laboratory has developed genetic and pharmacological methods to specifically activate and study VGLUT3-expressing neurons in the spinal cord’s dorsal horn, a center of integration for sensory information from throughout the body. These methods have allowed them to map the neural circuits that initiate and propagate persistent mechanical pain. Knowledge of these previously elusive neural mechanisms will open new avenues for the development of pain treatments. Seal coauthored a review article on advances in understanding neural circuits for pain, which appeared in a special issue of Science spotlighting pain research. In addition to the Rita Allen Foundation and the American Pain Society, Seal has received awards from the National Institute of Neurological Disorders and Stroke, the American Diabetes Association and the Hearing Health Foundation.