Mark Zylka discovered the excitement of pursuing a scientific question in high school. His high school science teacher, Robert Foor-Hogue, led a hands-on course in which Zylka and the other students designed research experiments to address their individual burning scientific questions. It was then that Zylka appreciated that the facts in his science textbooks were based on experiments conducted by scientists. “That really gave me the research bug,” says Zylka, now a professor of cell biology and physiology at the University of North Carolina. “I understood there were so many things we didn’t know, and then we find where the frontier is and push it forward by doing experiments. I realized that this is what I wanted to do.” 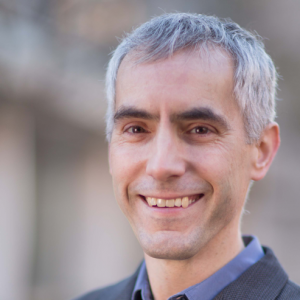 As an undergraduate at Virginia Tech, Zylka applied to a summer research program at the National Institutes of Health (NIH) in Maryland, near his family home, but was not accepted. That summer, he worked at a local Kmart determined to reapply the following year. During his sophomore year, he approached his biochemistry faculty advisor, Peter J. Kennelly, about doing research in the Kennelly lab. Initially, Kennelly was hesitant to take on an undergraduate student with no real benchwork experience. But, Kennelly was finally convinced when he saw that Zylka had received the highest grade in his organic chemistry course. Zylka’s success purifying proteins from archaebacteria that inhabit volcanos and hot springs, led to that coveted summer research program at the NIH. Here, Zylka got his first taste of neuroscience, working with David C. Klein on how melatonin—a hormone that partly regulates the wake and sleep cycles in mammals—works.

As he continued on to graduate school, Zylka realized that he wanted to pursue neuroscience questions. “I would have the opportunity to use what I knew about biochemistry and basic molecular biology mechanisms and apply that to the brain. I could study this very complex organ to learn how behaviors and diseases come about. There are so many diseases of the brain, and we still have very little understanding of what causes them, or even how to treat them,” he says.

Zylka started graduate school in 1994 at Harvard University—still interested in melatonin and how our “internal clock” functions—where he joined Steven Reppert’s lab, which worked on the circadian clock in mammals. At the time, there was a big push to identify genes that regulate these processes in humans, similar to discoveries previously described in fruit flies, Drosophila melanogaster.

Working around the clock, literally, Zylka and colleagues identified PER2, a mammalian homolog of the Drosophila circadian rhythm gene period. A year later, he went on to identify a third period gene homolog, and then figured out how these genes interact to regulate the circadian rhythm in the mouse.

“It was a very exciting time because everyone was racing to clone these genes. There was a lot of competition to get the next paper out and make the next discovery,” Zylka recalls. “I spent about 15 hours a day in the lab for a month-and-a-half cloning and characterizing the PER2 gene so we could get the first paper out quickly.” It was an intense time, but one that Zylka remembers fondly—captivated by the excitement of unearthing new knowledge and his collaborations with other scientists in the Reppert lab.

After completing his Ph.D. in 1999, Zylka joined David J. Anderson’s lab at Caltech, where his work explored the importance of pain-sensing neurons. At Caltech, Zylka identified a large set of G protein-coupled receptors that were expressed in pain-sensing neurons, opening the possibility of targeting these receptors with drugs to modulate chronic and acute pain.

“I understood there were so many things we didn’t know, and then we find where the frontier is and push it forward by doing experiments. I realized that this is what I wanted to do.”

When he started his own lab at the UNC School of Medicine in 2006, his research goals continued to include identifying druggable targets to treat pain. “Pain is a major medical issue, but the pain field has been historically under-funded even though 25 percent of all Americans are suffering from chronic pain,” Zylka says. “Many people take opioids for chronic pain, which has partly led to the opioid epidemic. There’s always a risk any time you take one of these drugs that you may get addicted if you take them for an extended period of time to treat your chronic pain. We definitely need new medicines.”

His lab has been working on approaches to identify novel pain therapy targets and recently developed a machine-learning method to screen for a pain response in mice. The method, Zylka hopes, might be used to better screen candidate pain drugs. It builds upon an evaluation key called the “grimace scale,” which was previously developed by researchers to quantify facial expressions associated with spontaneous pain in rodents. Rather than rely on the tedious task of a researcher evaluating photos of animal faces, Zylka’s lab came up with an algorithm—akin to those used by Google and Facebook to identify human faces in photos—that could determine if a mouse is experiencing pain based on its facial “expressions.” Zylka now wants to apply this tool to screen for drugs that could relieve pain.

“Pain is a major medical issue, but the pain field has been historically under-funded even though 25 percent of all Americans are suffering from chronic pain.”

Since 2016, Zylka has served as the director of the UNC Neuroscience Center. While continuing to study pain pathways, Zylka’s lab also focuses on the genetics and environmental factors of neurodevelopmental disorders. His lab began to study these disorders following the surprising finding that a widely used cancer treatment could potentially help those with rare neurodevelopmental syndromes.

Part of your research is now focused on neurodevelopmental disorders. How did you become interested in this field?

A colleague of mine was studying a rare, genetic neurodevelopmental disorder called Angelman syndrome, which results in intellectual disability, severe speech impairment, and problems with balance and movement. He would go to conferences and the family members of children with this syndrome would often mention that their children had altered sensitivities to pain and temperature. So, my colleague asked me if I could apply our pain response method to his mouse models of Angelman syndrome, and we did just that. This then led me to study neurodevelopmental disorders that affect children and lead to a life of disability. Finding treatments for these individuals is really important.

What is a significant finding that your lab has made in the study of Angelman syndrome?

With my colleagues at UNC, Ben Philpot and Bryan Roth, we completed a large drug screen and showed for the first time that you could actually turn on the father’s copy with a drug. This has changed the way others in the field now think about potential Angelman syndrome treatments and has resulted in new approaches for turning on the father’s copy of the gene. Previously, researchers didn’t think it was possible, and we showed that you could actually do this.

The drug we used is part of a class of drugs approved by the Food and Drug Administration (FDA) for certain cancer types. These drugs act on enzymes called topoisomerases which influence gene expression in a cell. Normally these drugs kill dividing cells, but neurons don’t divide, so the bigger question we wanted to ask is how these enzymes were working in neurons. We sought to find out what topoisomerases were doing in neurons. We made the surprising discovery that these topoisomerase enzymes help regulate transcription from extremely long genes in the genome.

Some of these long genes are involved in neuronal cell-to-cell communication and have been associated with autism spectrum disorder. Going back to Angelman syndrome, I am optimistic that something like CRISPR could be used to turn on the father’s copy of UBE3A permanently so that, in theory, you could give these children a single, life-long treatment. We’re testing that now in animal models, which is really exciting.

Besides running your own lab, you are also the director of the UNC Neuroscience Center. What exciting research is being conducted at the center?

We just hired a scientist named Hyejung Won—she is among the world’s experts on the 3-dimensional chromatin structure of neurons. The genome, or chromatin, is tightly packaged within the nucleus of a cell, and the 3-dimensional structure of the packaged genome can dictate how genes are transcribed. This also directs embryonic development, and Won is studying that relationship.

The center has strength in neurodevelopmental disorder research and also in the study of behavior and neural circuit functions. UNC is a very collaborative environment. It’s helpful to have scientists doing different things that have partial overlap because you can really move a field forward when you bring multiple faculty together on a problem.

The Angelman syndrome project is the perfect example of that: Ben Philpot was an expert in Angelman syndrome, I was the molecular biologist and geneticist, and Bryan Roth was the drug-screening expert. The expertise of these three different labs together allowed us to make these new discoveries about topoisomerases and their functions in the brain.