Laura Johnston, Professor of Genetics and Development at Columbia University, has been named to the Rita Allen Foundation Scientific Advisory Committee. Johnston has been recognized for her work elucidating the processes by which cells communicate their fitness and compete for territory in developing tissues, which have surprising similarities to mechanisms of immune surveillance.

Outstanding scientists and clinicians from top research institutions are invited to serve on the Committee. The Committee members provide guidance for the Rita Allen Foundation Scholars program in selecting early career scientists for the multi-year grants. Scholars conduct basic biomedical research in disciplines including cancer, immunology, neuroscience, and pain.

“Since being selected as a Rita Allen Scholar in 2004, Laura has pioneered research in the field of cellular fitness-sensing and cell competition in tissue development,” said Elizabeth Good Christopherson, President and Chief Executive Officer of the Rita Allen Foundation. “For over 40 years the Foundation has invested in outstanding scientists at the early stages of their careers with projects that have the potential to be transformative. Laura exemplifies the spirit of the award, and we are delighted she has joined the Scientific Advisory Committee to identify future Scholars.” 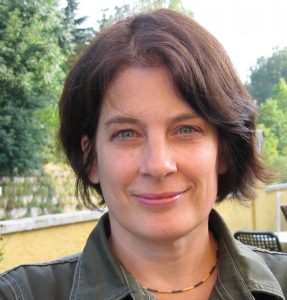 Johnston joined the faculty of Columbia University in 2000. Expanding on work that began during a postdoctoral fellowship at the Fred Hutchinson Cancer Research Center, she uncovered connections between competitive cell-cell interactions and organ size control during fruit fly (Drosophila) development. Her research focuses on the role of Myc—an oncogenic protein—in cell competition and its regulatory role in tissue development. Johnston and her team found that a cell’s level of Myc is a proxy of its fitness, and can foster either cooperative, or competitive behavior in developing tissues that contributes to the fitness of the organism as a whole. Johnston and her team discovered that cells with high Myc can become “super-competitors” and promote the death of neighboring cells with lower levels of Myc, thus out-competing them. Such examples of cell- and super-competition have connections to diseases such as cancer.

“Information about fitness is transmitted between cells all the time, yet until recently this wasn’t fully appreciated,” Johnston says in a Rita Allen Foundation profile about her research. Johnston’s lab demonstrated that cells in the growing tissue keep tabs on their neighbors’ fitness by secreting factors with the potential to induce them to commit suicide. Healthy cells are able to ignore this signal and survive, but less-fit cells yield to the signal and die, essentially optimizing overall tissue fitness. Her lab discovered that although Myc super-competitor cells produce more of the suicide-inducing factors, they survive by making themselves unresponsive to them, essentially cheating the tissue’s internal surveillance system.

Johnston’s honors include a V Foundation Scholar Award, the New York Speakers Fund in Biomedical Sciences Award, an American Cancer Society Research Scholar Award, the Hirschl Charitable Trust Award, and the Harold and Golden Lamport Award for Excellence in Basic Science Research. She was elected President of the U.S. National Drosophila Board of Directors in 2016.