Rodney D. Priestley, Vice Dean for Innovation and Professor of Chemical and Biological Engineering at Princeton University, has been elected to the Rita Allen Foundation Board of Directors. 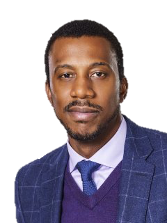 Priestley, whose term begins immediately, is a leading researcher in the field of complex materials and processing. His research involves describing and developing complex materials, especially nanoparticles, thin polymer films, and nanocomposites, focusing on material properties at small length scales. From designing next-generation biocompatible surfactants to creating ultra-stable polymer films resistant to properties changes upon heating, his work impacts industries ranging from personal care to aerospace. His recent interests include the use of polymers in sustainability and their implications on the environment. For example, his team recently developed the Solar Absorber Gel technology that produces purified water from contaminated sources using only natural sunlight. He serves as Associate Director of the Princeton Center for Complex Materials at Princeton University.

In addition to his research, in 2019 Priestley was named as Princeton University’s first Vice Dean for Innovation. In this role, he supports faculty, students, and alumni to translate research and inventions into services and products that can have a positive impact on society. He is cultivating new partnerships between the Princeton community and the nonprofit, corporate, and government sectors, with a particular eye to increasing diversity and inclusion within Princeton’s innovation community.

“In addition to extensive experience in science, innovation, and mentorship, Rod brings to the Foundation knowledge of what it takes to build inclusive collaborations across sectors of science and society,” said Elizabeth Good Christopherson, President and Chief Executive Officer of the Rita Allen Foundation. “As we work to support new generations of transformative, boundary-crossing leaders, we are grateful to have his engagement as an innovative problem-solver and leader with a focus on expanding the common good.”

“I am delighted to join the Rita Allen Foundation Board,” says Priestley. “Their investments in big ideas in science and civil society combined with their commitment to inclusion are forging opportunities to improve society that are at the forefront of what is possible. I look forward to offering my insights to help the foundation build a better future.”

Priestley joined Princeton in 2009 after completing a postdoctoral fellowship at École Supérieure de Physique et de Chimie Industrielles in Paris, France. Prior to that, he received a bachelor of science degree from Texas Tech University and completed his master’s and doctorate at Northwestern University in chemical engineering.

Priestley has received numerous awards throughout his career, including the American Chemical Society Macro Letters/Biomacromolecules/Macromolecules Young Investigator award and the American Physical Society Dillon Medal. He was named a World Economic Forum Young Global Scientist and an Alfred P. Sloan Research Fellow. He was named to “The Root 100” list of most influential African Americans as well as the American Society for Engineering Education list of 20 under 40 Inspiring Young Faculty. In 2013, he received a Presidential Early Career Award for Scientists and Engineers.